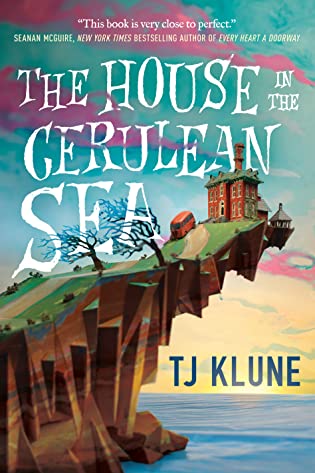 A magical island. A dangerous task. A burning secret.
Linus Baker leads a quiet, solitary life. At forty, he lives in a tiny house with a devious cat and his old records. As a Case Worker at the Department in Charge Of Magical Youth, he spends his days overseeing the well-being of children in government-sanctioned orphanages.
When Linus is unexpectedly summoned by Extremely Upper Management he's given a curious and highly classified assignment: travel to Marsyas Island Orphanage, where six dangerous children reside: a gnome, a sprite, a wyvern, an unidentifiable green blob, a were-Pomeranian, and the Antichrist. Linus must set aside his fears and determine whether or not they’re likely to bring about the end of days.
But the children aren’t the only secret the island keeps. Their caretaker is the charming and enigmatic Arthur Parnassus, who will do anything to keep his wards safe. As Arthur and Linus grow closer, long-held secrets are exposed, and Linus must make a choice: destroy a home or watch the world burn.
An enchanting story, masterfully told, The House in the Cerulean Sea is about the profound experience of discovering an unlikely family in an unexpected place—and realizing that family is yours.

I have to admit that I read this last year, but didn’t write it up. And this is such a comforting and hopeful read that I couldn’t resist picking it up again. So here we are.

We’re also here because of the reason that I read this book last year. I am a member of the American Library Association Reading List Council. Every year, the committee reads a whole lot – seriously a ton – of books for adults in eight genres: Adrenaline (suspense and thrillers), Fantasy, Historical Fiction, Horror, Mystery, Relationship Fiction (Women’s Fiction), Romance and Science Fiction. Every January, usually at the ALA Midwinter Conference but this year on Zoom (technically Webex) we get together to vote on a list. For each genre we pick a winner and four honorable mentions.

This year there were 11 of us and we met for 6+ hours per day four days in a row. We’re all passionate about books – even if not necessarily the same books – and it makes for a very lively as well as lengthy meeting. The Awards ceremony for our list and all of the other lists for adults was held yesterday afternoon, and the results of all of the committees that give awards for books for adults is posted here.

The House in the Cerulean Sea is our winner for Fantasy this year, giving me a perfect excuse to pick it up again and point more readers at this marvelous book, and at ALL the lists of winners, not just ours. If you’re looking for a great book to read, take a look at the lists. You’re guaranteed to find something you’ll love. 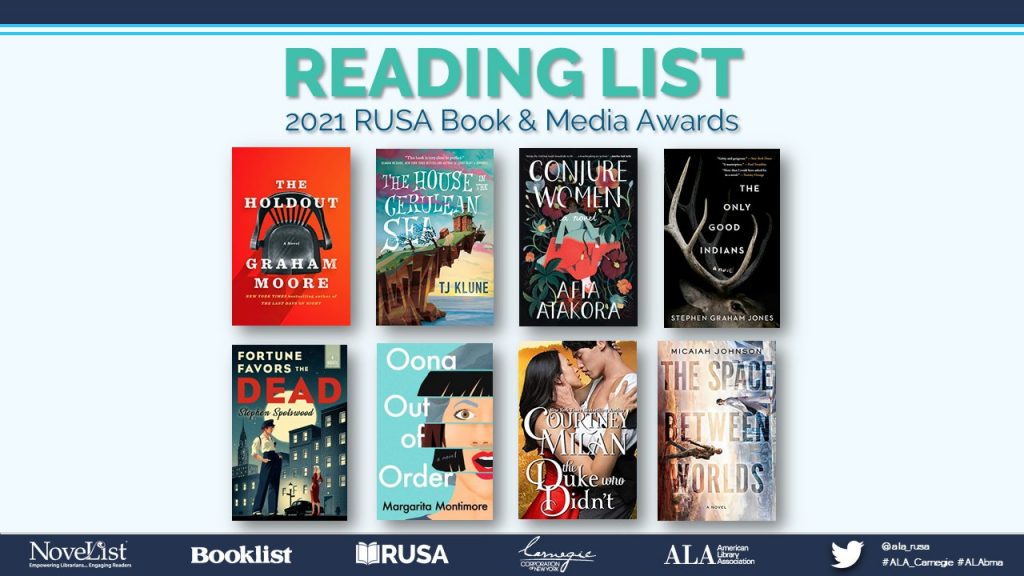 By this point you’re probably asking, “But what about the book?” Let me tell you about this book!

At first, I wasn’t quite sure what to expect with this book. The blurb, with its references to “Extremely Upper Management”, not tongue-in-cheek but as the actual name of the department, sounded a bit twee.

And the story gets off to a bit of a slow start. Because Linus Baker, a caseworker for DICOMY (Department in Charge of Magical Youth) is merely existing. He’s working for a government agency whose organization and methods give off some seriously Orwellian vibes and he seems to have absolutely no life of his own except for his cat Calliope and the sunflowers he has planted in his tiny, postage-stamp sized yard. Those sunflowers are the only spot of color in Baker’s gray and gloomy city, in his gray and colorless life.

But, like in the movie The Wizard of Oz, Baker’s life becomes full of color – and moves a whole lot faster – when he is sent out of the city to investigate the Marsyas Island Orphanage for exceptionally unusual or dangerous magical youth. Baker considers his mission to be making sure that the place is safe for the children, but he knows that Extremely Upper Management has sent him to dig up some dirt on the Master of the house, Arthur Parnassus.

It turns out not to matter what they sent him for, because none of what Baker finds at Marsyas is remotely what he expected. Not even, or perhaps most especially, himself.

Escape Rating A: While the beginning of the story feels Orwellian, as in 1984, Big Brother is watching you and all of the double-speak, the rest of the story combines bits of Good Omens and Silver in the Wood but in its whole is something very much its own.

And it’s charming and lovely and comforting and most of all, hopeful. Something that we all need right now.

Linus Baker comes to Marsyas, the literal end of the (train) line to discover the place that he’s been looking for all of his life. The place where he belongs. Even if he doesn’t recognize it yet.

One of the things that is clear from the very beginning, is that in spite of the bureaucracy that is determined to grind him down into just another cog in the machine, Linus Baker is a genuinely good person. He truly believes that his job is to do his best for the children in DICOMY’s dubious care, even as he cuts himself off from the actual children themselves and from taking any responsibility for what happens after he does his job.

So when he comes to Marsyas for an entire month, he’s scared by all of the new experiences that have been thrust upon him, he’s flailing as much as any fish out of water, but he’s determined to do his best for the children in Arthur Parnassus care – whatever might happen after he files his reports.

But a month is a long time to try to merely observe, to sit on the sidelines and not become part of what is being observed. In spite of himself, he falls for the children. ALL of the children, including the Antichrist Lucy. (Hence the Good Omens reference).

He also falls for Arthur Parnassus. Not that Baker hasn’t always known he was gay, and not that it seems to matter in any social sense. Society has filled its need for people to denigrate, segregate and fear in magicals, it doesn’t need anyone else to be prejudiced against. It’s rather that Baker has led such a lonely and colorless life that he never expected to rise to the emotional heights of loving someone – and equally he never expected someone to love him as he feels unworthy, unlovable and even unlikeable. He’s solitary and painfully lonely and he never expected that to change.

But Arthur, like Marsyas Island and pretty much everything about this assignment, is both more and different than he seems in ways that reminded me a tiny bit of Silver in the Wood. Although, now that I think about it, that reference works better with two of the other denizens of Marsyas. But it’s definitely there.

The slow, sweet love story is beautiful and absolutely perfect for these characters. It’s also the icing on this very tasty cake. It’s Linus Baker’s adoption by – and in many ways of – the children, not just Lucy but all of them, that opens his eyes and his world. It’s the making of him – and very much the heart of this wonderful – and award winning (HA!) – story. 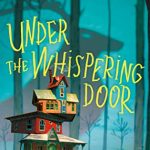 2 thoughts on “Review: The House in the Cerulean Sea by TJ Klune”