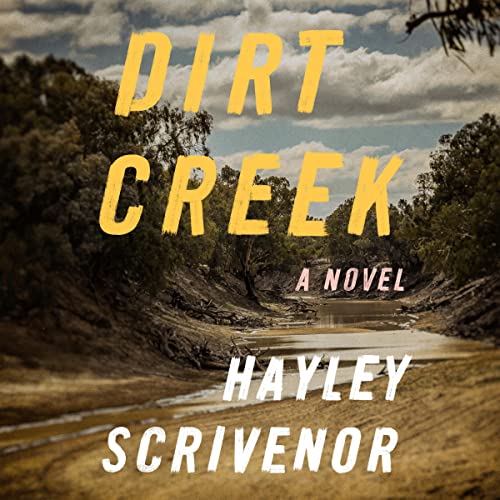 When twelve-year-old Esther disappears on the way home from school in a small town in rural Australia, the community is thrown into a maelstrom of suspicion and grief. As Detective Sergeant Sarah Michaels arrives in town during the hottest spring in decades and begins her investigation, Esther’s tenacious best friend, Ronnie, is determined to find Esther and bring her home.
When schoolfriend Lewis tells Ronnie that he saw Esther with a strange man at the creek the afternoon she went missing, Ronnie feels she is one step closer to finding her. But why is Lewis refusing to speak to the police? And who else is lying about how much they know about what has happened to Esther?
Punctuated by a Greek chorus, which gives voice to the remaining children of the small, dying town, this novel explores the ties that bind, what we try and leave behind us, and what we can never outrun, while never losing sight of the question of what happened to Esther, and what her loss does to a whole town.
In Hayley Scrivenor's Dirt Creek, a small-town debut mystery described as The Dry meets Everything I Never Told You, a girl goes missing and a community falls apart and comes together.

Dirt Creek is that kind of book. It begins with a then-unknown person discovering the corpse of a young girl buried in a shallow grave on a remote property outside of the tiny, dying town of Durton not too far outside of Sydney, Australia.

Most of the residents of Durton call it “Dirt Town”, and the creek that runs near town is “Dirt Creek”. (Dirt Town seems to have been the title of the original Australian edition of the book.)

While the book kicks off with the finding of that body, witnessed by a couple of unnamed – at least at that point – children, that event is actually the final nail in the killer’s coffin. The story, the story of how so many things fell apart in Durton, begins the Friday before, when 12-year-old Esther Bianchi doesn’t come home from school. On time. Or at all.

The story, over a long, hot weekend and part of the next week, follows the unfolding events from multiple perspectives. The police detectives who come out from Sydney to investigate Esther’s disappearance, Esther’s mother, Constance. Constance’s best friend Shelly. Esther’s best friend Veronica – who everyone calls Ronnie. And Esther and Veronica’s mutual friend, Lewis, an 11-year-old boy who is being bullied at school and beaten at home.

Everyone in Durton knows everyone else, their friends, their families, their secrets – and their lies. Sooner or later, all the truths are going to bubble to the surface. Nothing ever stays buried for long – not even poor Esther Bianchi.

But by the time Esther’s body is found, the weight of the secrets, both big and small, that are being hidden from both the police and the entire community, have already broken at least one marriage, rescued at least one mother and her children, caused one child to be savagely attacked – and torn an entire town apart.

Because at the very beginning of Esther’s story, two children saw something very suspicious. Something they were much too afraid to tell. And because they didn’t, for want of that telling at a time when it would have done the most good, one event led to another – until all the pieces came together at the quietly chilling end. 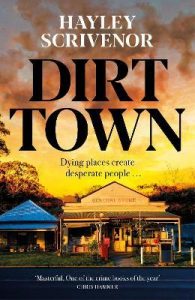 Escape Rating B-: This is going to be one of those “mixed-feelings” kinds of reviews. You have been warned.

Before I start on the things that drove me bananas, one thing that most definitely did not was the narrator, Sophie Loughran. I listened to about half the book and read the rest because I was pressed for time. I wish I could have continued with the audio because the reader was excellent and did a terrific job with the Australian and English accents. She made each of the characters sound distinctive, which would have been particularly challenging because all of them, with the exception of 11-year-old Lewis whose voice hasn’t dropped yet, were female. And yet, I always knew who was speaking by accent, by intonation, by vocal patterns. She also did an excellent job of keeping to the slow, deliberate pace of the story, particularly when voicing Detective Sergeant Sarah Michaels who both spoke and thought in a thoughtful, deliberate manner.

Howsomever, Detective Sergeant Michaels’ thoughtful deliberation pointed out an issue that I had with the story. For a thriller, it moves quite slowly. It takes half the book to set itself up – and to set Michaels and her detective partner up in Durton. As a thriller, this needed to move a bit faster. The descriptions of everything and everyone were meticulous to a point close to monotony.

There’s also a lot of foreshadowing. Not necessarily the obvious foreshadowing – because the reader is pretty sure that little Esther is not going to be found alive at the end of this story. The story, and the town it is set in, are both so bleak that there’s just no way to eke a happy ending out of this one.

What gets foreshadowed is the “For Want of a Nail” nature of the story. Every time someone fails to inform someone, anyone, else about an important clue, it gets foreshadowed that this lack of information might have changed things before all of the other terrible things that happened were too far along to prevent.

Those omissions do all turn out to be important, because they send the police on wild goose chases that waste time and personnel – both of which are in short supply. But it’s also a truth that everybody lies, so there’s nothing unexpected or exceptional about people lying to the police. It’s just humans being human.

As many red herrings and half-baked clues and misdirections there were in this story, there was plenty going on and oodles of directions for the case and the reader to follow. There were two elements of the various internal monologue that felt like one-too-many. One was that Detective Sergeant Michaels is keeping a secret from the reader and in some ways from herself about the reasons behind the breakup of her recent relationship. The other was that the children of the town who were not directly involved in the plot had chapters as a kind of Greek chorus. Either element might have been fine, but together they distracted from the progress of the mystery without adding enough to offset the time and attention they took.

So very much a mixed bag. I loved the narration. I liked that the small-town mystery was set in a small town somewhere VERY far away. I thought the mystery plot and the way that the police were stuck chasing their own tails a lot of the time was as fascinating as it was frustrating. I did not figure out whodunnit as far as the child’s death was concerned, while the various villains who were exposed during the course of the investigation did receive their just desserts – which is always the best part of a mystery.

But Durton turned out to be a seriously bleak place, and in the end this was an equally bleak story. I seriously needed to visit my happy place when I left there. I’m probably not the only reader who did.