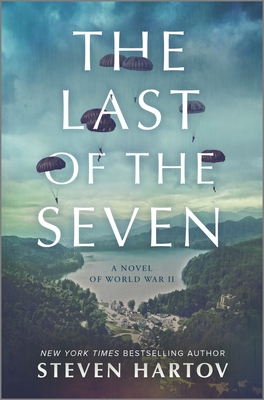 A spellbinding novel of World War II based on the little-known history of the X Troop—a team of European Jews who escaped the Continent only to join the British Army and return home to exact their revenge on Hitler’s military.
A lone soldier wearing a German uniform stumbles into a British military camp in the North African desert with an incredible story to tell. He is the only survivor of an undercover operation meant to infiltrate a Nazi base, trading on the soldiers’ perfect fluency in German. However, this man is not British-born but instead a German Jew seeking revenge for the deaths of his family back home in Berlin.
As the Allies advance into Europe, the young lieutenant is brought to recover in Sicily. There he is recruited by a British major to join the newly formed X Troop, a commando unit composed of German and Austrian Jews training for a top secret mission at a nearby camp in the Sicilian hills. They are all “lost boys,” driven not by patriotism but by vengeance.
Drawing on meticulous research into this unique group of soldiers, The Last of the Seven is a lyrical, propulsive historical novel perfect for readers of Mark Sullivan, Robert Harris and Alan Furst.

As this story opens, the scene is so dramatic that the reader could be excused for thinking that the book is already teasing the ending and is going to go back to the beginning of the story to explain how that lone soldier found himself at the literal end of his pretty damn much everything except determination, trudging miles across the Sahara alone, with two bullet wounds, no supplies and what seemed to be no hope of survival.

Only for that survival to appear and very nearly turn to disaster. And that’s the point where we meet young Lieutenant Bernard Froelich, the last survivor of the seven Jewish commandos sent by the British Army to infiltrate Nazi-held Tobruk ahead of a planned British invasion.

Resulting, eventually, after an astonishing tea with Rommel and a daring nighttime escape from a POW camp, in Froelich staggering into a British Army camp in the tattered remains of a stolen Nazi uniform months later.

Froelich has already had more than enough wartime adventures to satisfy any book or, for that matter, any war. But this isn’t the end of either the soldier, the war, or the book. It’s only the beginning.

Froelich is “the last of the seven”, the last of the seven Jewish commandos who participated in that failed assault on Tobruk. But Froelich still has plenty of payback to deliver to the Nazis who killed his family, his friends, his fellow Jews and everyone who didn’t fit their “Aryan ideals”.

So the story follows Froelich’s war after his initial exploit. The one that was so final for the rest of his squad. Because he’s recruited – or perhaps that should be ordered – to take the skills he learned in that first infiltration to train a new group of Jewish commandos, orphans and lost boys just like himself, to tackle another infiltration with an even more important goal.

It’s up to Froelich and the “Filthy Jewish dozen” as his rabidly anti-Semitic superior officer calls them, to drop well behind enemy lines and slip into a little German base as part of a very big operation. Their “top secret” task is to infiltrate the Nazi research center at Peenemünde and steal a scientist. Admittedly one who wants to be stolen.

It’s the commandos’ job to prevent the Nazis from sticking nuclear warheads – however primitive – on the front of their V-2 rockets by getting the lead scientist for the project out of Peenemünde and safely into Allied hands. Even if they have to sacrifice themselves in the process.

Escape Rating A-: Part of what makes this story so compelling is just how many wild and crazy things happened along Froelich’s way. He has some of the worst good luck, or best bad luck, that ever graced a war story.

What’s even more fascinating is that nearly all of the major events in this story actually happened. They just didn’t all happen to the same person. Which is something I had to look up halfway through because that did stretch my reader’s willing suspension of disbelief a tiny bit. War is hell, luck is unfair in all directions, but that the same individual managed to be both this unlucky and this lucky at the same time stretched things a tad. But it certainly does keep the story exciting!

I also kept having reading flashbacks that I’d read something very like this, at least when it comes to the events at Peenemunde, some time ago. Eventually I figured out that it must have been Moonglow by Michael Chabon, although Sons and Soldiers by Bruce Henderson also has some similar bits. This is a hint that if you liked either of those you might like this and vice versa.

In spite of those quibbles, the story itself is riveting. It’s also the kind of war story that we don’t see quite as much of anymore. There is a LOT of the nitty gritty that makes war such hell, combined with the bleakness of World War II in general. The commando units are all made up of what Froelich calls “lost boys” like himself. They’ve all lost the families, their friends, the future they thought they’d have and the life they thought they knew. They all want revenge, payback against the Nazis – and it’s impossible to blame any of them for that.

(The casual anti-Semitism of the British can be hard to take for contemporary readers, but it is very much a part of the period. Whatever one thinks of Arab-Israeli relations in the 21st century, at that point it was all still to come. The Jews were a minority in Palestine and were desperate for a place to call home after fleeing Nazi Germany. That the British foresaw trouble in the future for their empire was realistic even if the rhetoric behind it was pretty awful – those fears were realistic and pragmatic. That the days of empire were ending and they didn’t want to recognize the fact, is not exactly surprising either.)

But the story in The Last of the Seven focuses on Froelich. It follows him through part of his war, and that war is hell. Not just the fighting, but what comes before and after it. His recovery in aid stations and hospitals is every bit as harrowing as his trek across the desert. His brief moments of happiness are snatched away by the war as well.

And then there’s the training and gearing up for the mission to Peenemünde, which is, at points, even more brutal than the fight yet to come. Because war is hell and this soldier’s journey just exposes one slice of that hell all the way down to the bone.