For my own personal Halloween Treat, I listened to the L.A. Theatre Works dramatization of the one, the only, the original, prince of the night, Count Dracula.

We all know the story, or we think we do. And it doesn’t matter. Hearing the story, with each part portrayed by an excellent actor, as was done in this production, makes the entire story fresh and new. You feel Jonathan Harker’s terror as he watches helplessly when the Count’s boxes of earth are packed and shipped to England. You share in Dr. Seward’s and Lord Godalming’s surprise, disgust and ultimate belief when Dr. Van Helsing proves to them that Lucy Westenra has, in fact, become a vampire. All while hearing only the actors’ voices.

The quest to solve the mystery, destroy Dracula, and save Mina, all while scouring London, and then trekking through half of eastern Europe, is painted through voices that can’t help but etch themselves in your mind.

Bram Stoker’s Dracula is a classic for a reason. Listen to this production and you will have an absolutely marvelous time remembering the reasons why.

A few personal comments about listening to the recording. If you can download this, do it. The download is currently $3.95, that’s 4 bucks. The CD is $17. Talk about a holiday treat for downloading!

Second comment, this initially caught my attention because of the voice actors. David Selby plays Van Helsing, Simon Templeman voices Dracula. I would have bought it for those two names alone. I used to run, not walk, home from school to watch the original Dark Shadows. Climbing into the “Way Back Machine”, David Selby played Quentin Collins, the werewolf member of that rather unusual family. Hearing his voice again brought back a lot of memories.

Returning to the present, I play a lot of role-playing video games, in what I refer to with some irony as my “copious free time”, mostly because said free time doesn’t exist. For the past two years, my video game of choice has been Dragon Age Origins and its sequels and DLCs. In Dragon Age, Simon Templeman is the voice of Loghain Mac Tir, an extremely compelling character who has listened to the darker side of his nature. Actually not unlike Dracula in some ways. Without the blood-drinking. Loghain had a henchman for that.

And in case it wasn’t totally obvious, Escape Rating A+. 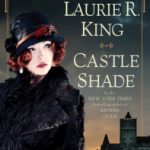