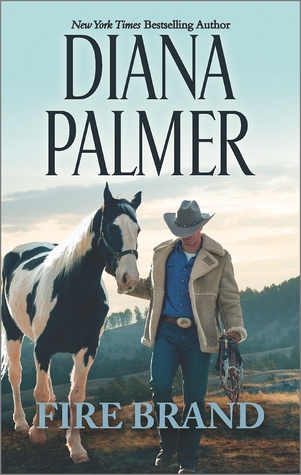 He'll risk his whole heart to save her from the past
Gaby Cane was always a bit afraid of her attraction to Bowie McCayde. Even when she was fifteen and Bowie's family took her in, she had sensed his simmering resentment. Now ten years later, she's an aspiring journalist who can hold her own with any man professionally, the dark shadows of years gone by far behind her. Then Bowie strides back into her life—only this time, he needs her, and the pull of loyalty to his family is too strong to ignore.
When Bowie asked Gaby to help save his family's Arizona ranch, he never expected the girl he once knew to return transformed into a stunning, successful woman. As they work together, Bowie is shocked to find that her innocence and beauty stir a hunger he can't deny. But the rogue rancher can sense something holding her back, and he's determined to uncover the terrible secret Gaby is fighting to keep hidden…

I think we need a genre term for books that were contemporary when they were originally published, but are not set in a defined historical era, and are republished without updating. Because Fire Brand definitely fits into that class.

Fire Brand was originally published in 1989, and presumably wasn’t written much before that date. While there are no references to specific events that would make things obvious, for example, the name of the then-current U.S. president, there are plenty of clues that tip the reader that this is no longer the world we know.

There are some obvious things. No one has a cell phone. Personal computers exist, but are relatively few and far between. No laptops.

But there are some real dead giveaways. The first one that got me was the way that Vietnam was referred to. In 1989, it was still a relatively young man’s war. Our hero is a Vietnam vet in his mid-30s. The U.S. pulled out in 1973, so this was just barely possible.

One of the more subtle cues is the ubiquity of people smoking, and the lack of reaction to it. Anti-smoking bans didn’t really get off the ground until the late 1980s, and the wide open spaces of the formerly Wild West were some of the last places to implement widespread smoking bans in the U.S.

The suspense element of the story comes from an attempt by a big agricultural firm to buy a lot of land in the somewhat depressed town of Lassiter. The opposition to the initiative comes from a very fledgling environmental movement. Environmental protection wasn’t nearly as well developed a science, nor was it as entrenched in the public consciousness, as it is today.

And the story is broken by a local, small-town, weekly newspaper that seems to still be thriving on classified advertising revenue. The late 1980s were probably the last Golden Age of newspapers in the U.S. The heroine’s world of newspaper reporting, newspaper publishing, and easily switching jobs from one paper to another has vanished.

So the background is a bit dated. What about the story?

The romance is fairly self-contained, so the external factors don’t matter as much. Gaby Cane was taken in by the wealthy McCayde family when she was a 15-year-old runaway. She is obviously hiding a secret, but 9 years later no one seems to be looking for that secret even though it changed her whole life.

Bowie McCayde has always resented Gaby’s intrusion into his family’s life. She instantly became the daughter his parents never had, and he was pushed a bit further out into the emotional cold. But he was already an adult when Gaby intruded into their lives, and a good chunk of that coldness had been frozen long before her arrival.

Fire Brand turns out to be two love stories. One is between Gaby and Bowie, and the other belongs to Bowie’s widowed mother Aggie and the man she brings home from her Caribbean cruise. A man whose motives Bowie questions. Bowie wants Gaby’s help in keeping his mother and her mystery man apart while he digs into the man’s background. What he makes is a mess.

Gaby and Bowie hesitantly draw closer, as Bowie finds more and more wedges to stick into his mother’s affairs. Or rather, affair. Of course he’s all wrong about his mother’s suitor, and all too frequently off-base when it comes to his relationship with Gaby.

He has to nearly destroy everything to figure out just how precious true love is, and how easy it is to break it.

Escape Rating B-: I enjoyed this, in spite of the dated background. This is a time that I remember, so it was easy to slide back into this groove.

However, there were other ways that this story was a throwback that made it bit more difficult to swallow. It reminded me of some of the Harlequins that I read back in the day, when I saw reading romance as a guilty and secretive pleasure rather than something to be up front about reading.

Back in the day, all heroines were always virgins, no matter how many plot twists the author had to go through to make that plausible. It provided a way for the experienced hero to seduce our secretly passionate virgin into her first sexual encounter. It also allows the hero to make possessiveness and his loss of control during her loss of innocence seem romantic, no matter what the circumstances.

I’m also not sure that the trauma that created Gaby’s hiding of her sexuality was rendered realistically. Or it went a bit far. As a reader, I can accept that her trauma kept her from wanting to experience sex, but she seemed less knowledgeable about the way things work than feels possible for the era. The late 1980s were not the Victorian era.

However, while Gaby was sometimes naive, she was a genuinely likable person. She just needs to grow up a bit. On that other hand, Bowie is frequently a bit of an arsehole, and tends to treat both Gaby and his mother like they can’t possibly manage without his guidance. He’s very traditionally alpha, and is a hero of the type where love is supposed to redeem previous bad behavior.

The underlying story about the big development was interesting, as was the way that Gaby did good investigative journalism to figure out what was really going on. She looks for the facts of the case, and tries to keep her bias out of it. A tenet of journalistic ethics that seems to have gone by the wayside in the decades since this story was written.

All in all, a mixed bag of story. A good one for escaping back into the not-so-distant past.

Harlequin is giving away a $25 Amazon Gift Card to one lucky entrant on this tour: