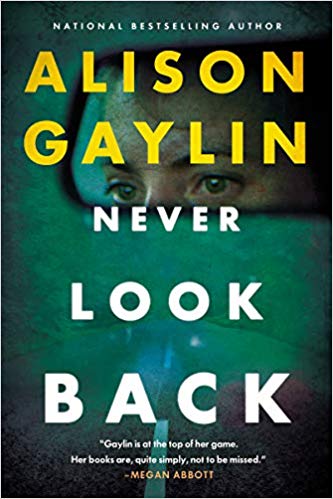 Reminiscent of the bestsellers of Laura Lippman and Harlan Coben—with a Serial-esque podcast twist—an absorbing, addictive tale of psychological suspense from the author of the highly acclaimed and Edgar Award-nominated What Remains of Me and the USA Today bestselling and Shamus Award-winning Brenna Spector series.

When website columnist Robin Diamond is contacted by true crime podcast producer Quentin Garrison, she assumes it's a business matter. It's not. Quentin's podcast, Closure, focuses on a series of murders in the 1970s, committed by teen couple April Cooper and Gabriel LeRoy. It seems that Quentin has reason to believe Robin's own mother may be intimately connected with the killings.

Robin thinks Quentin’s claim is absolutely absurd. But is it? The more she researches the Cooper/LeRoy murders herself, the more disturbed she becomes by what she finds. Living just a few blocks from her, Robin’s beloved parents are the one absolute she’s always been able to rely upon, especially now amid rising doubts about her husband and frequent threats from internet trolls. She knows her mother better than anyone—or so she believes. But all that changes when, in an apparent home invasion, Robin's father is killed and her mother's life hangs in the balance.

Told through the eyes of Robin, podcaster Quentin, and a series of letters written by fifteen-year-old April Cooper at the time of the killings, Never Look Back asks the question:

How well do we really know our parents, our partners—and ourselves?

This is a book about when happens when you look back a little too hard and a little too deeply. Because when you undermine the foundations of your life, pretty much everything gets washed away in the resulting flood.

It’s also a story about just how small the world, especially the world of a small town, can be. No matter how long its been since you lived there or how far away you managed to escape.

Or how many bodies you buried along the way. Particularly when there are actual corpses involved.

Once upon a time in the 1970s, a couple of teenagers went on a killing spree, until they were themselves killed in a fire that wiped out an entire cult/hippie compound.

But it’s over 40 years later, and one of the many, many people whose lives were impacted by that crime spree is looking for closure. He thinks the case about the killers is open and shut, and that it’s only the mess it made of his own life – even though he hadn’t been born yet – that needs to be resolved.

It’s not that simple. Closure is hard to come by, especially in a case that might still be open after all.

Escape Rating A-: I can’t really talk about this book without giving much too much away. So I’ll get into what I thought and especially what I felt.

This was a book that I really didn’t expect to get into nearly as much as I did. While I like the occasional thriller, that isn’t usually my jam. Too many heroines in jeopardy for my taste. But this isn’t one of those, not at all.

It’s actually kind of debatable whether there’s either a hero (or heroine) of any kind in this one. This is a story about a lot of confused people who are tied to each other in ways that no one expects or even knows at the beginning.

And no one is a reliable narrator of their own life. Not even while its happening. Perhaps especially while it’s happening.

What wrapped me up into this story were the questions that it asked about all the characters, and about how the past is viewed and how much interpretation, both at the time and later, influences what we think.

It seems indubitable that April Cooper and Gabriel LeRoy killed the people they killed back in the 1970s. Certainly those people are all dead, and equally certainly some of the witnesses are still alive. But, and it turns out to be a very big but, we see from the very beginning that even the witnesses interpreted events and motivations in ways that smack of hindsight and putting the pieces together more than they do what was actually seen – and done.

Eyewitnesses are infamously not reliable, after all. And humans want to ascribe causation to events in ways that can’t be verified, because we want things to make sense, even when they don’t. Perhaps especially when they don’t.

The story is about lives unravelling, April and Gabriel’s in the past, and Robin’s and Quentin’s in the present. Not that Quentin’s life seems to have ever been all that ravelled in the first place.

The person I felt for most was Robin. She begins the story believing that her life is a certain way, and that the foundation of it is strong. When it all falls apart, she almost drowns in it, but the truth does set her free.

And I had no idea what that truth would be until it arrived. Which was marvelous! 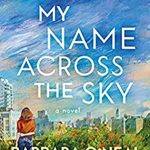 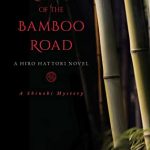 2 thoughts on “Review: Never Look Back by Alison Gaylin”