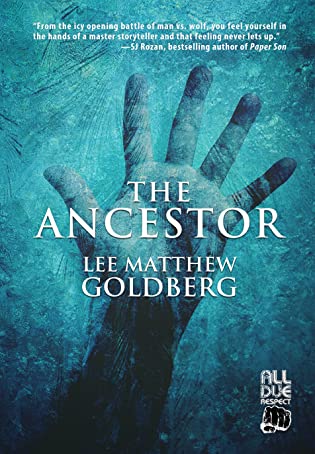 A man wakes up in present-day Alaskan wilderness with no idea who he is, nothing on him save an empty journal with the date 1898 and a mirror. He sees another man hunting nearby, astounded that they look exactly alike. After following this other man home, he witnesses a wife and child that brings forth a rush of memories of his own wife and child, except he's certain they do not exist in modern times-but from his life in the late 1800s. After recalling his name is Wyatt, he worms his way into his doppelganger Travis Barlow's life. Memories become unearthed the more time he spends, making him believe that he'd been frozen after coming to Alaska during the Gold Rush and that Travis is his great-great grandson. Wyatt is certain gold still exists in the area and finding it with Travis will ingratiate himself to the family, especially with Travis's wife Callie, once Wyatt falls in love. This turns into a dangerous obsession affecting the Barlows and everyone in their small town, since Wyatt can't be tamed until he also discovers the meaning of why he was able to be preserved on ice for over a century.
A meditation on love lost and unfulfilled dreams, The Ancestor is a thrilling page-turner in present day Alaska and a historical adventure about the perilous Gold Rush expeditions where prospectors left behind their lives for the promise of hope and a better future. The question remains whether it was all worth the sacrifice….

After living in Alaska for several years, I can never resist an Alaska story when it catches my reading eye. The Ancestor is definitely a fever dream of an Alaska story. Ironic when you think about it, as Alaska is not exactly a place that brings fever dreams to mind. More like the opposite; frozen dreams.

But this is that too, one man’s frozen dream of a past that only he remembers, and his fever dream in the present to recapture the life he once had – not by going back to the past, but by recreating a new version of his old life in the present, no matter how many sins he has to commit along the way.

The Ancestor is kind of a Rip Van Winkle story, if ol’ Rip, instead of being meek, mild, easygoing and henpecked, was instead an amoral sociopath of a serial killer.

Not quite, but closer than any other description I can come up with, considering that old saw about the past being another country where they do things differently.

Because that’s where Wyatt Barlow is from. The past. He went into the ice not terribly far from Nome, Alaska, in 1898, and woke up in 2020. The world has changed – even in Alaska. (Although it’s not mentioned specifically, he probably defrosted because the permafrost in Alaska is melting due to climate change. I digress. I have a feeling I’m going to do that a lot in this review.)

When Wyatt wanders into town, looking pretty much like death warmed over – as that’s none too far from the truth – he discovers that his descendants are still in the area, living in the tiny town of Laner. That he has a doppelganger descendant he hears called “Trav” who turns out to have a beautiful wife and a baby boy who resemble Wyatt’s own lost wife and baby boy.

A baby boy who turns out to be Trav – actually Travis’ – great grandfather. Making Wyatt his great-great-grandfather. Not that either of them have the relationship figured out exactly at the time.

But Wyatt Barlow is a man used to getting what he wants, no matter who or what might stand in his way. So he hatches a plot to involve himself in his great-great-grandson’s life, with an eye to taking over that life.

After all, that uncanny resemblance between them must be good for something. There must be a purpose to it. A purpose that Wyatt can exploit, just as he has exploited so many other things and people in his life, in order to achieve what he wants. Just like he found the gold that brought him to Alaska in the first place. Just like he killed his partner to get that gold.

And now he’s found a way to get back what he lost. A wife and a son. Who won’t even know that he’s taken Travis’ place. All he has to do is become Travis – and put him under that ice. After all, in the here and now, there can be only one Travis Barlow. And Wyatt intends to be that Travis, no matter what it takes.

Escape Rating B: I’ll admit to being all over the place on this one. It certainly kept me turning pages. It’s also not exactly what the blurb says it is, either. I’d certainly debate whether Wyatt falls in love with Travis’ wife. What he’s feeling, and what he’s planning, aren’t nearly so romantic. Or anything even close to that.

There are two stories here. One is the obvious, about Wayne and Travis and the way that Wayne inveigles himself into Travis’ life, his family and eventually his place in the world. But the story that follows Travis’ life and that of his family reminds me a lot of the stories about life in the tiny towns sprinkled through the state. That Nome is the nearest “big” place to Laner, and that Nome only has a population of 4,000 people, gives a hint of the size and remoteness of the place. Callie’s part of this story, Travis’ California-born wife, also feels familiar. Anchorage, with a population of nearly 300,000, feels remote and small relative to anything in the Lower 48, or as it’s called in Alaska, “Outside”. So Callie’s feelings of near-claustrophobia, complete isolation and frequent boredom are all too real. She loves Travis, she loves Laner, but it is a damn hard life and it seriously gets to her.

The other story is Wayne’s story about life during the Klondike Gold Rush. Not that plenty of stories about the Gold Rush haven’t been told before. And perhaps that’s where some of the issues lie.

Wayne has a difficult time remembering everything that happened to him in the past. Saying his brain is a bit frozen isn’t exactly a stretch. That he survived in the ice is a bit of handwavium, as all time travel stories generally are. That’s the part the reader has to take on faith, and it works that way.

But the way he gets back his memory is to take heroin. Again, not that there isn’t plenty of it available, along with meth and booze, in those tiny remote villages. It’s the same as everywhere else, perhaps even more so considering the long, dark, cold winters. Any escape is chased, even if its just an escape inside one’s own head.

I think where my willing suspension of disbelief went a bit haywire was not just in the way that Wyatt recovered his memories, but what he remembered. And that the consequences of what is clearly already an addiction aren’t dealt with at all.

On the one hand, Wayne’s heroin coma lets him relive his experiences in their seeming entirety. And they are unflinching when it comes to his abandonment of his family back in Washington state, the murder he committed on his way to Sitka, and the murders he commits along his way from Juneau to Dawson City to “The Unknown”, which turns out to be Anvil Creek near Laner. But one of those killings is of a bunch of conmen led by one of Alaska’s more colorful legends, “Soapy” Smith. The problem is that the events in Wyatt’s story occur after Smith was gunned down, extremely publicly, in Skagway. His body was even autopsied. There is no doubt that Smith was dead before he met Wyatt. Which threw off my perception of the accuracy of Wyatt’s memories.

Except those memories really did lead him to the gold. So the question of just how much Wyatt dreamed vs. how much he actually remembered is still bothering me. A lot.

And that I’m thinking about this so much after I closed the book is just an example of what made this book so compelling – even as it drove me crazy.

There is a lot of darkness in this book. While this story begins as winter sort of turns to spring, the fact is that daylight hours in Nome in winter average around 4 hours per day in December and January. It’s a dark place in the winter, and a cold place most of the year. The temps are only in the 30s in April when this story begins and don’t get to 60 even in July. The cold and the dark are part of the “ambiance”.

At the same time, Travis’ family is going through some rough times. The economy is down, the big employers have all closed, his grandfather is dying, his brother was murdered and Travis is generally depressed. Wyatt’s sudden advent into Laner may not be a good thing, but it is a different thing in a place that craves novelty.

Wyatt’s own story is itself dark. It’s brutal in regards to his abandonment of his own family, and equally so about the obsession that consumes his own thoughts. He wants what he wants and no one is allowed to stand in his way. I ended the story feeling sorry for Callie because she’s now married to a monster who will do anything to have her and to keep her, whether she wants to be kept or not.

So there are no happy endings here. Instead, The Ancestor is dark and chilling every step of its enthralling way. A terrific chilling read for this long, hot summer.

I’m giving away a copy of The Ancestor to one lucky U.S. commenter on this tour!

8 thoughts on “Review: The Ancestor by Lee Matthew Goldberg + Giveaway”