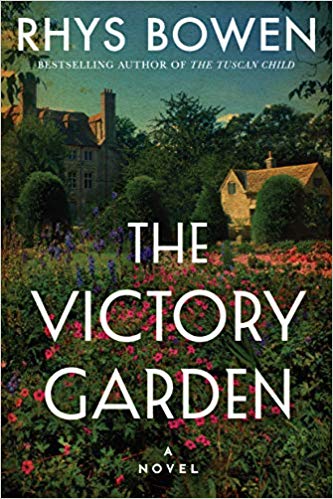 From the bestselling author of The Tuscan Child comes a beautiful and heart-rending novel of a woman’s love and sacrifice during the First World War.

As the Great War continues to take its toll, headstrong twenty-one-year-old Emily Bryce is determined to contribute to the war effort. She is convinced by a cheeky and handsome Australian pilot that she can do more, and it is not long before she falls in love with him and accepts his proposal of marriage.

When he is sent back to the front, Emily volunteers as a “land girl,” tending to the neglected grounds of a large Devonshire estate. It’s here that Emily discovers the long-forgotten journals of a medicine woman who devoted her life to her herbal garden. The journals inspire Emily, and in the wake of devastating news, they are her saving grace. Emily’s lover has not only died a hero but has left her terrified—and with child. Since no one knows that Emily was never married, she adopts the charade of a war widow.

As Emily learns more about the volatile power of healing with herbs, the found journals will bring her to the brink of disaster, but may open a path to her destiny.

Unlike this author’s previous standalone books, The Victory Garden is set in 1918 as World War I is drawing to its close. 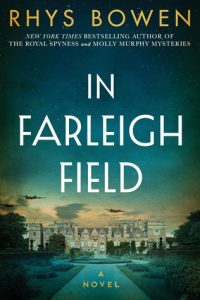 However, just as In Farleigh Field, this is a book about the homefront of the war and not about the ugliness of the war itself. Not that there isn’t plenty of ugly at home.

As the story begins our heroine is immured at home in Devon. Her upper-middle-class parents are determined that the ugliness of the war will completely pass her by – whether that’s what she wants or not. And not that it has not already touched her life. Her brother Freddie was killed in action in the opening battles of the war, and her parents are determined to keep her under their eye and locked away so that nothing can possibly happen to her. Of course life is never like that – even Rapunzel found a way out of her tower, after all.

Emily is the bird in the gilded cage, but with her 21st birthday on the horizon, she will be able to unlock the door of her cage herself – if she is willing to deal with the consequences of her actions.

She falls in love with a young man that her ultra-conservative, ultra-conventional mother considers to be completely unsuitable. Ironically, there’s nothing wrong with Flight Lieutenant Robbie Kerr except for his Australian cheek. His family is probably as well off as hers. The problem with Robbie is that his Aussie upbringing has led him to think that all of the mannered conventions of the English upper crust are patently ridiculous – which of course they are.

Meeting Robbie gives Emily a taste of life on the outside of her mother’s over-protective restrictions, and her 21st birthday gives her the opportunity to fly away. She wants to become a volunteer nurse, but in 1918 the need was for somebody, anybody, to harvest the crops of England with all the men gone.  So Emily joins the Women’s Land Army. She finds herself in the midst of a surprising sisterhood – a sisterhood that becomes her salvation when Robbie is killed in action and she finds herself unwed and pregnant.

The story in The Victory Garden is the story of that sisterhood. Emily can’t go home to her disapproving parents, and many of her fellow “Land Girls” have no homes left to go to. Instead they band together, returning to a small village they worked during their Land Army tenure. A place where the men have all gone to war, and the women are left keeping life together by any means they can.

And together, they find a way to move forward – even as the worst history of the village repeats itself with nearly disastrous consequences for Emily – and for them all.

Escape Rating A-: You may not be able to go home again, but that doesn’t stop you from making a new home someplace else, with people of your own choosing. You just have to keep putting one foot in front of the other until you find that place and those people.

In the end (also in the beginning and the middle!) this is a story about sisterhood. In what amounts to a lovely bit of role reversal, the few men in this story exist to push the women’s story forward. It makes for a terrific story – and it also makes sense.

England lost an entire generation of young men in World War I. (It has been posited that this is the reason that so many of the Commonwealth countries did so much of the fighting for Britain in WW2 – either because Britain didn’t have that generation of men to lose, and/or because the powers that be were determined not to sacrifice a second generation so soon after the last one.)

Whatever the truth about WW2,by this point in WW1 there just weren’t any able-bodied young or even young-ish men left on the homefront. And it was clear by 1918 that society was going to have to change after the war was over because there was a resulting generation of young women that had no men to marry. So when some of the characters talk about the world being different after the war, and women filling many of the jobs that men used to do, it feels right.

Things were not going back to the pre-war “normal” because the conditions that allowed that situation to be “normal” no longer existed.

So what we see in this story is a whole generation of women stepping up to take care of each other, because no one is going to do it for them. Even the women whose husbands do come home face a life where they will be the primary breadwinners because their husbands are suffering from permanent, life-altering wounds, PTSD (known as ‘shell shock’) or both.

Emily is the focal point of the story because she is the one who makes the biggest changes. This story is her journey to self-sufficiency – with more than a little help from her friends. We like her because we understand her determination to stand on her own two feet – in spite of everything that life and war has thrown in her way.

And while she begins the story as a pampered little miss, it’s a role that she rejects the moment she is able – while still attempting to not cause her parents more worry than she possibly can. And we feel for that tightrope she is walking. She wants to live her own life. She needs to do her bit. And its the making of her. And the story.

6 thoughts on “Review: The Victory Garden by Rhys Bowen + Giveaway”