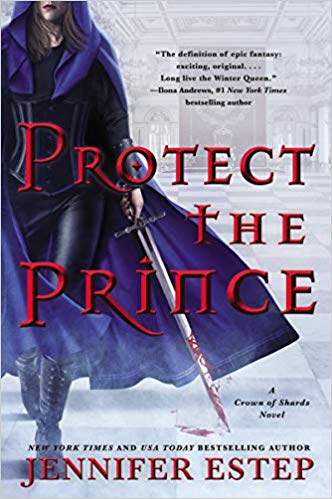 First, Evie has to deal with a court full of arrogant, demanding nobles, all of whom want to get their greedy hands on her crown. As if that wasn’t bad enough, an assassin tries to kill Evie in her own throne room.

Despite the dangers, Evie goes ahead with a scheduled trip to the neighboring kingdom of Andvari in order to secure a desperately needed alliance. But complicating matters is the stubborn Andvarian king, who wants to punish Evie for the deaths of his countrymen during the Seven Spire massacre.

But dark forces are at work inside the Andvarian palace, and Evie soon realizes that no one is safe. Worse, Evie’s immunity to magic starts acting in strange, unexpected ways, which makes her wonder whether she is truly strong enough to be a Winter Queen.

But Evie’s magic, life, and crown aren’t the only things in danger—so is her heart, thanks to Lucas Sullivan, the Andvarian king’s bastard son and Evie’s . . . well, Evie isn’t quite sure what Sullivan is to her.

Payback is a bitch. 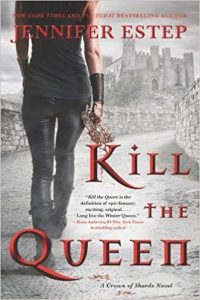 That truism works in multiple ways in Protect the Prince. After all, this is the second book in the Crown of Shards series, after last year’s absolutely marvelous Kill the Queen. After the events in the series opener, there is PLENTY of payback to go around.

Queen Everleigh Saffira Winter Blair is on both ends of that aphorism in this book. On her one hand, she has the desire, the opportunity, and in many cases the absolute necessity of being the bitch delivering payback to all of the people who cut her down and stepped on her when she was the lowest of the royals in the late Queen Cordelia’s court.

But Queen Everleigh remembers full well every single one of those cuts and slights and insults. The court expects her to conveniently forget, believing that Queen Everleigh is still the doormat that poor Evie pretended to be. But the gloves are off. Queen Everleigh won her throne by right of conquest, and she intends to hold it – and hold everyone’s feet to the fire to keep it.

They may all expect her to be assassinated in less than a year, but she plans to go down swinging. If she has to swing at them first, so be it.

Howsomever, her ascension to her throne didn’t just kill her predecessor, it also upset the plans of the Morta, the “evil empire” next door that planned to conquer the continent using their late puppet queen of Bellona as their stalking horse and the armies of Bellona as cannon fodder – while keeping their own hands clean.

The Mortan assassin who thought she had Bellona under control wants payback after Evie upset all her plans. And she doesn’t care who gets in the way. Or goes down in the way.

Kill the Queen got off to its running start with a red banquet of assassination. Protect the Prince opens with the first of several attempts to assassinate Evie.

But, as much as the Mortans, in the person of the assassin Maevan and her “Bastard Brigade” of illegitimate Mortan royals want to eliminate Evie from the board, she is not their primary target this time around. Not that taking her out wouldn’t be icing on their very bloody cake.

As the title implies, in this second entry in the series it is up to Evie, her friends and whatever help she can enlist, to protect the prince of the neighboring – and formerly allied – kingdom of Andvari. Because the Mortans are playing a very long game, and Andvari is also in their crosshairs.

The only question for Evie is which Andvari prince should she protect? The one she should marry – or the one she wants to.

Escape Rating A+: I finished this in one evening. Well, if 2:30 in the morning still counts as evening. Protect the Prince is utterly awesome and I absolutely loved it.

However, it very much starts in medias res, so for readers who attempt to start the series here it will feel like they’ve started in the middle. Which they have. The actions – and reactions, definitely the reactions – in Protect the Prince all hinge on the events of Kill the Queen. Meaning this is not the right place to start.

For those of us who have devoured Kill the Queen, there is more than enough backstory and reminiscences to bring us right back up to speed. Just not quite enough to start here.

Just as Kill the Queen took off the moment that the first queen in the story was killed, now that Evie is queen the story continues at the breakneck pace set by the last 2/3rds of that first book. Which explains what kept me up until 2:30 am. Protect the Prince starts fast, with a court to lesson and an assassin to eliminate in short order. From that point, the political skullduggery never lets up – and neither does the story.

Kill the Queen was billed as “Gladiator meets Game of Thrones”. I wasn’t sure about that description then, and I’m even less so now. For this reader, the Crown of Shards series feels like a mashup between Queen of the Tearling, The Twelve Kingdoms, and The Goblin Emperor.

Of course, those are awesome antecedents, so being reminiscent of those books is pretty excellent company to be in. The Crown of Shards combines the disregarded royal princess turned queen of Tearling with the ascension by killing mad predecessor of The Twelve Kingdoms (and both have evil magical empires to contend with) while The Goblin Emperor brings in that bit about the disregarded new ruler who isn’t expected to live long and has to garner some respect really, really fast.

At the top, I said that payback is a bitch. In the case of Evie being the bitch delivering the payback, it’s righteous and it feels right. It’s not egregious. She’s not out to kill her own court – no matter how tempting the prospect. But she has to take control and the scene where she does so sets the tone for her reign – and her story. It’s necessary, and I loved the way she fought back with her words and her voice and her appearance, even as under the surface she is dealing with a whole lot of completely understandable impostor syndrome.

A good chunk of Evie’s internal struggle revolves around her both acknowledging that she was not meant to be queen, and is only on the throne by happenstance, but that she is there and has to do the best she can for her people. No matter the cost to herself.

Kill the Queen was all about getting Evie to the throne. Protect the Prince is about her taking control of her place and her power. And it makes for a terrific story.

I can’t wait for the third book in the Crown of Shards, Crush the King, coming next March. I think I know who the king of the title is, I just want to see him get righteously crushed! 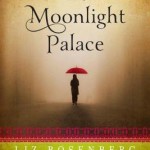 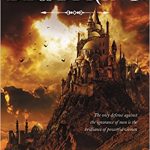 2 thoughts on “Review: Protect the Prince by Jennifer Estep”