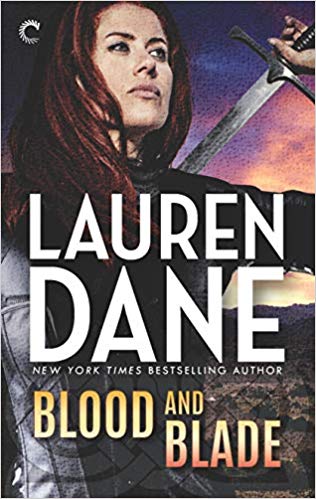 
, the next installment in the Goddess with a Blade series by
New York Times

It’s been only days since Rowan and her friends eliminated the immediate threat to magic users and Vampires, but they’re already back on the hunt. Rowan’s out for vengeance, and she’s never been more driven—or angry. But she’s up against a being stronger than any she’s ever fought. To bring it down she’ll need more than the powers the goddess Brigid gave her…

This time she’ll need her friends, too.

She knows her husband will always have her back. As an ancient Vampire and Scion of North America, Clive has more clout and dominance than almost anyone. Rowan’s small but trusted inner circle insist they’ll join her in the thick of the battle, even as she argues it’s too dangerous for them. She’s also got a new dog. Familiar. Whatever. Star is a magical being put in Rowan’s path to help and protect her.

The hunt for ancient evil takes Rowan and her team to London and back to Las Vegas, bringing with them an unexpected alliance. Fortified by their rage, grief and determination, Rowan and her friends will stop at nothing when they track their enemy to the high desert in a final, deadly showdown.

This book is approximately 77,000 words

One-click with confidence. This title is part of the
Carina Press Romance Promise


: all the romance you’re looking for with an HEA/HFN. It’s a promise!

This is the last day of 2019 and this is my final review of the year. It seemed fitting to close out the year with this book, the sixth book in the Goddess with a Blade series. Why? Because the first book in this series, the book for which the series was named, was the first book I ever reviewed from NetGalley back in 2011 when Reading Reality first started as Escape Reality, Read Fiction. 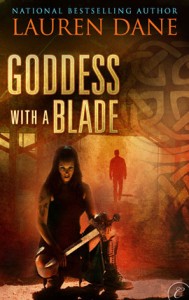 I still remember not just the book, but the whole scene, sitting at the table in the house we were living in at the time, racing through Goddess with a Blade accompanied by a glass of iced tea and being completely sucked into the world that the author had created.

So this is a series that I read and review pretty much as soon as the next one appears on NetGalley. And here we are, six books in and Rowan Summerwaite is very much still going strong. Goddess strong.

So this one is the end of the chain. It doesn’t feel like the end of the series, but it is definitely the end of the long arc. As someone who has read the whole thing – although not nearly recently enough, it felt like I could hear the thud of one door closing echoing throughout the entire book – along with the whisper-creak of the next door being wrestled open at the other side.

In other words, this is no place to start the series. It would be like watching Avengers: Endgame without watching any of the movies that led up to it. The endgame has no resonance without knowing where the game began.

But if you’re looking for a fascinating and compelling blend of urban fantasy and paranormal romance, this series has all the mysterious mythology, arrogant but romantic vampires, ugly political infighting and kickass heroines you’ll ever want to meet.

Start with Goddess with a Blade and watch Rowan Summerwaite kick ass, take names and bring down corruption with a load of snark, a lot of deeply hidden heart, and one really big-ass sword. 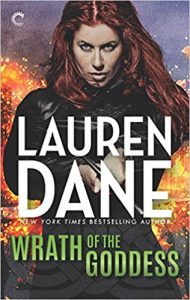 Escape Rating B+: You can’t start the series here. Period. Exclamation point. It just won’t make any sense whatsoever. That being said, there is so much that still needs cleaning up that has been festering for so damn long that it was a bit difficult to get back into exactly where Rowan was at the end of Wrath of the Goddess and what’s left to clean up.

What I loved about this series from the very beginning is the depth of the worldbuilding. One of the things that I’ve always loved about urban fantasy is the way that it twists on the world we know and adds so much depth, both in its mythology and in its politics. Immortal beings tend to hold immortal grudges and I really dig on watching that play out in the modern world.

Another thing I love about this series in particular is the way that Rowan in particular, as well as her relationship with Clive, reminds me very fondly of Eve Dallas and Roarke in the In Death series. Rowan and Eve have a LOT of traits in common, to the point that if their worlds ever collided they’d either adopt each other as sisters or fight to the death because they are too much alike. But they both have the kind of no-nonsense attitude with full snarkitude, that I adore along with the brains and strength to back it up.

I compare their relationship to Eve and Roarke because Rowan and Clive also start out on what look like the opposite sides of a barbed-wire fence and work out their relationship early in the series. Dane, like Robb, does an excellent job of portraying a romance that is still sweet, hot and occasionally barbed between two strong-willed alpha personalities and that’s always fun to watch.

This series has been a wild and marvelous ride from the very beginning. It is obvious from the way that Blood and Blade ends that there are more stories to be told in Rowan’s world – and I can’t wait to read them.